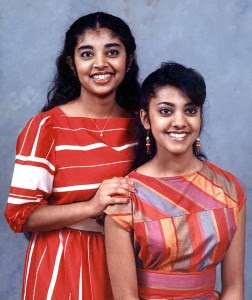 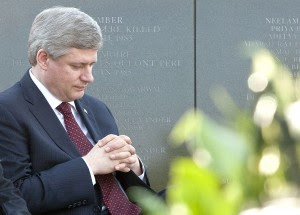 ean Laurence, 18 and Krithika Nicola Laurence, 15 were killed on Air India Flight 182. This picture was taken in Toronto just days before the tragedy in June 1985.

The two sisters Shyamala, 18, and Krithika, 15, were young and energetic students of Applewood Heights Secondary School in Mississauga, Ontario, also had their own dance school with several students. Summer holidays had just begun in 1985 when the sisters looked forward to Bharatanatyam dance training from their guru Adyar Laxman in India.
“Eighty-two of those on board the aircraft were children, no doubt to be received and shown off with happy pride.  Activities familiar to all of us, a journey begun with excitement and hopeful expectations,” said Canadian Prime Minister Stephen Harper when he spoke at the 25th anniversary of the bombing of Air India Flight 182. “But, that day the innocence, the pleasure, the anticipation, all of it was snuffed out by an act of grotesque violence and malevolence.” 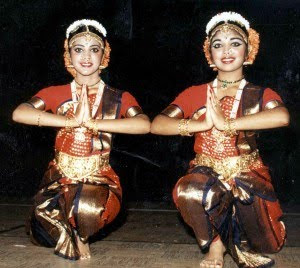 Harper apologized for intelligence and security failures in 1985 that led to the bombing of Flight 182. He also expressed regret over the poor treatment meted out to victims’ families by government agencies in the years that followed.
“The mere fact of the destruction of Air India Flight 182, is the primary evidence that something went very, very wrong. For that, we are sorry.  For that, and also for the years during which your legitimate need for answers and indeed, for empathy, were treated with administrative disdain,” Harper said at the commemoration ceremony in Toronto.