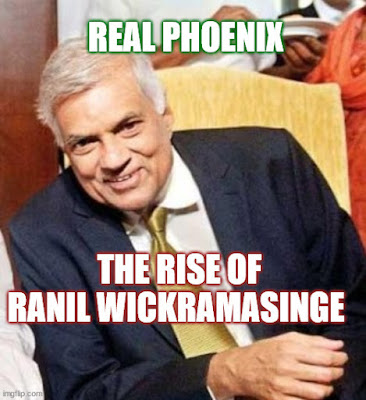 ft.lk  - Raj  Gonsalkorale  : A chattering crow lives out nine generations of aged men,but a stag’s life is four time a crow’s,and a raven’s life makes three stags old,while the phoenix outlives nine ravens,but we, the rich-haired Nymphs
daughters of Zeus the aegis-holder,outlive ten phoenixes.
“The phoenix is an immortal bird associated with Greek mythology (with analogs in many cultures) that cyclically regenerates or is otherwise born again. Associated with the sun, a phoenix obtains new life by arising from the ashes of its predecessor. Some legends say it dies in a show of flames and combustion, others that it simply dies and decomposes before being born again. Exterior to the Linear B mention above from Mycenaean Greece, the earliest clear mention of the phoenix in ancient Greek literature occurs in a fragment of the Precepts of Chiron, attributed to 6th century BC Greek poet Hesiod. In the fragment, the wise centaur Chiron tells a young hero Achilles the following, describing the phoenix’s lifetime as 972 times the length of a long-lived human’s” – Wikipedia.

Prime Minister on six occasions, dead as a Dodo after the last general election, losing his own seat, and the party he led, the once mighty United National Party not securing even a single seat in Parliament and polling less than 250,000 nationally, Ranil Wickremesinghe has outlasted and outwitted all by rising on the Pohottuwa bed of strange bedfellows to be voted in as the next President of the country. He has now taken his oaths.
மேலும் படிக்க »
கருத்துகள் இல்லை: 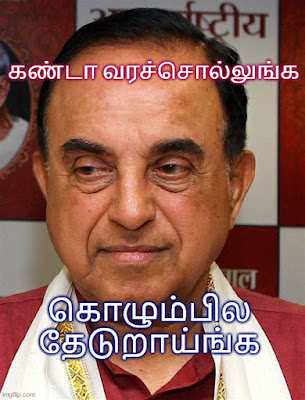 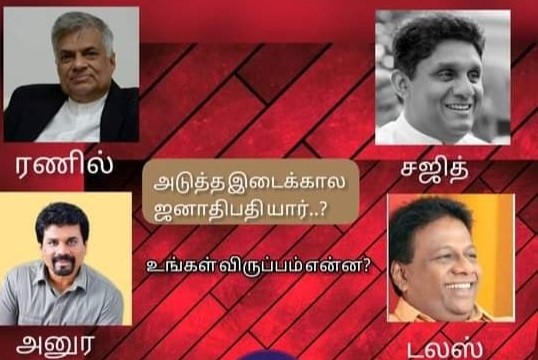 Darshan Eranga  🟥 POLITICAL SECRETS
💥 President's battle behind the scenes...
✅ By now, a sharp battle has been created to elect the next president from the parliament. Acting President Ranil Wickramasinghe, Sajith Premadasa, Dallas Alahaperuma, Anura Kumara Dissanayake have announced that they are coming for the presidential battle. It is announced that Anura Priyadarshana Yapath will be presented.
✅This is a secret election. That means only the ministers can use their votes without party consent. That vote is noted in the sequence of 1, 2, 3, 4 ways. If you want to be elected president, you need to get more than half the votes you voted for. If anyone loses that number, the last two will be removed and the second vote will be considered for them. This is the constitutional method.
✅ According to internal information, Ranil Wickramasinghe has the support of Mahinda Rajapaksha party of Pohottuwa. 10 out of 14 Sri Lanka Freedom Party members goes to Ranil. Sajith has the support of 4 including Maithripala. It has been announced that Ranil will get the support of 12 members of the Samagi Janabagekha. It is said that the support of a group that became independent from the Pohottuwa will also be given to Ranil.
✅ Dallas Alahaperuma reportedly 16 votes in Pohottuwa. Anyway, one of the two Sajith or Dallas is going to resign before the presidential battle. Similarly, the support of the person who leaves is also given to the other and after he wins, the agreement of getting the Prime Minister post under the winner. Or those two parties have come to an agreement to cast their second vote to the other. Sajith or Dalast has more chances of using the votes of 9 independent people including Wimal.
✅ Anura Kumara is not expressing support from any other parties. The second vote of their votes is definitely going to be against Ranil.
Sources - Inside information      Darshan Eranga ( 2022/07/17 12.15 pm ) 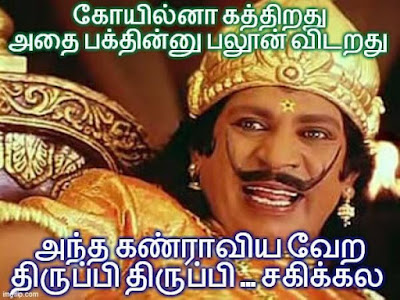