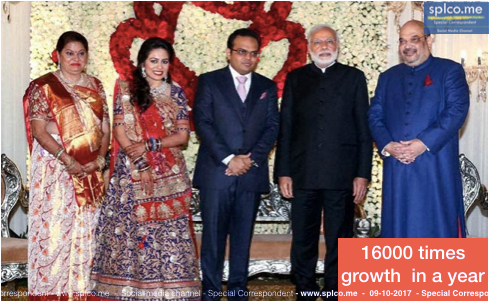 Special Correspondent FB Wing
Bharatiya Janata Party president Amit Shah’s son Jay Shah will file a Rs 100 crore defamation suit against a website wire , the party said on Sunday after a news report said a company owned by the latter had seen a sharp spike in revenues since May 2014.
The report, published in thewire.in, said Shah’s company Temple Enterprises Pvt Limited was “engaged in negligible activity” in the financial years ending March 2013 and 2014 but “jumped to a turnover of Rs 80.5 crore in 2015-16”.

The company had taken an unsecured loan during the year for Rs 15.78 crore, the news report said, adding that it finally wound up in October 2016 after posting a loss. The news caught on fire in social media and #amitshahkiloot hashtag become top trend with in a hour .
Jay Shah issued a statement saying the article “makes false, derogatory and defamatory imputation against me by creating in the minds of right thinking people an impression that my business owes its ‘success’ to my father Sri Amit Bhai Shah’s political position.”

“My businesses are fully legitimate and conducted in a lawful manner on commercial lines which is reflected in my tax records and are through banking transactions,” Shah said in his statement which added that he would press criminal and civil defamation charges against the website.
The report triggered demands from rival political parties including the Congress, the Left and the Aam Aadmi Party for an investigation into the matter. CPM general secretary Sitaram Yechury claimed that it was the latest in a series of cases of corruption under the Modi government.
“We finally found the only beneficiary of Demonetisation. It’s not the RBI, the poor or the farmers. It’s the Shah-in-Shah of Demo. Jai Amit,” Congress vice president Rahul Gandhi tweeted.
The BJP fielded Union railway minister Piyush Goyal to rebut the charges made in the report.
“It is a totally malicious and defamatory article. Jay carries out a fully legitimate and lawful business on commercial lines which are reflected in income tax (filings) and transactions in banks,” Goyal said at a press conference at the BJP headquarters on Sunday evening.
“We thoroughly reject these baseless allegations and the deplorable effort to attribute motives,” Goyal said.
Sensing blood Congress former HRD and law minister Kapil Sibal demanded that Prime Minister Narendra Modi institute an inquiry into the allegations. Sibal later questioned why a union minister was defending a private businessman.
“Today, we want to ask our Prime Minister what you now think about crony capitalism. Will you direct the CBI to probe?” Sibal asked .
#business #politics #scam #amitshah #shah #modi #bjp #rss #india #kusum #finserve #corrupt 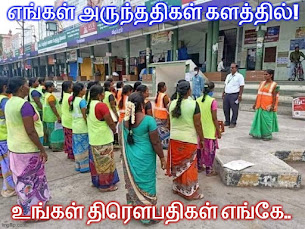